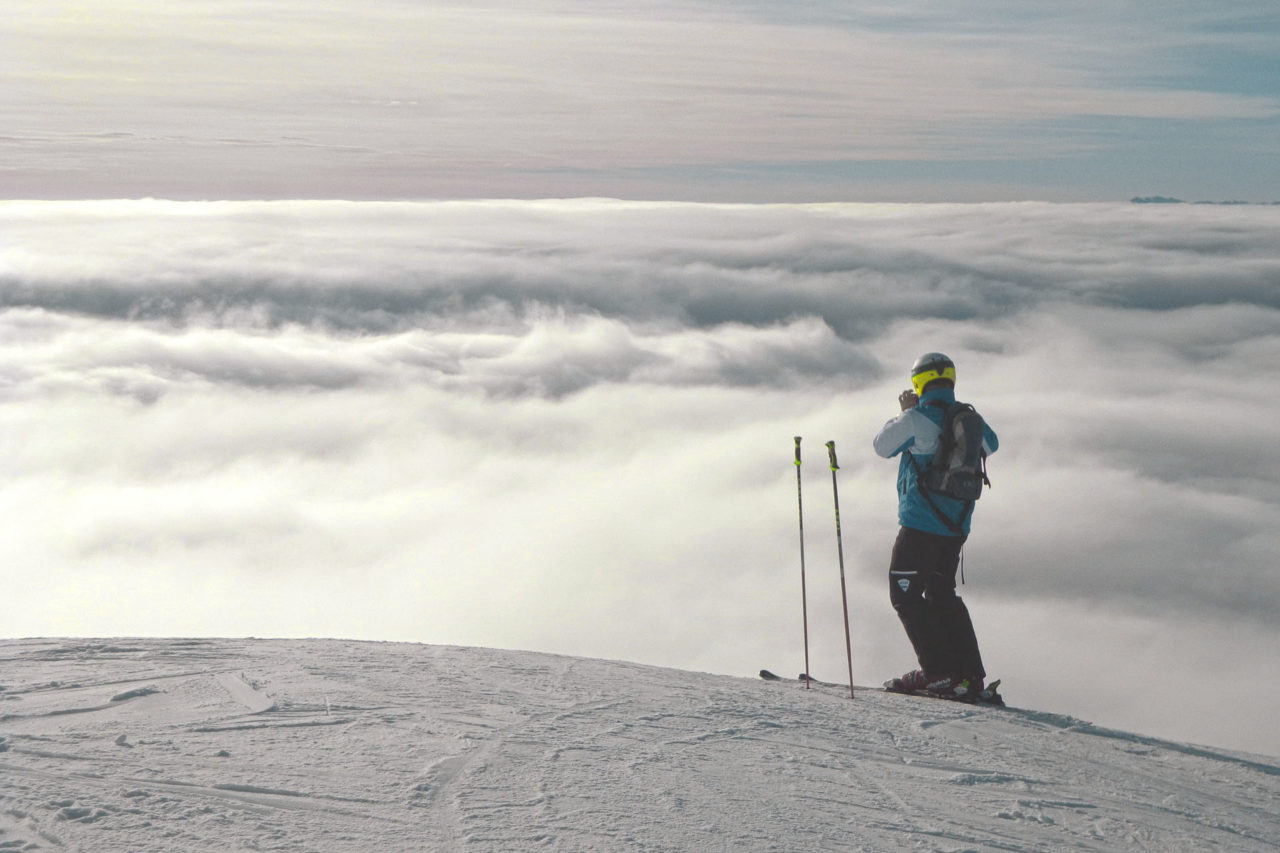 This will be some description under the media in header
January 16, 2016
Author: admin
Views: 2101

While your friends head to Spanish beaches and Italian hills, Chile – with its numerous ski resorts – is an adventurous alternative to the typical summer holiday. Andean skiing offers an unforgettable combination of beach-style weather, great snow and exotic travel.

There are many attractions. Here on the fringes of the Andes, skiers will find few lift queues, tickets 50% cheaper than France and unique scenery that includes condors and Mount Aconcagua, the highest peak outside the Himalayas. Great weather, too, means you have a decent chance of coming home with a bronzed face as well as buns of steel.

The Chilean ski season runs from mid-June to early October, with a three-metre-thick base of snow nearly guaranteed from mid-July to late September. Be aware, however, that rates soar in July when Chileans are on school vacation – as much as 80% higher than the rest of the season.
Nearly all travellers arrive via international flight to Santiago and stay only long enough to bounce to the final destination. This is a mistake: Santiago offers good clubs, restaurants and daytrips, and is modern, easy to move about and has virtually no violent crime against tourists. Increasingly, too, it is becoming home to expats from Europe and the USA – despite sometimes poor levels of English, Chileans are extremely friendly to foreigners.
The ski areas at Valle Nevado (90 minutes away) and Portillo (two and a half hours) are near enough from Santiago to make a daytrip perfectly reasonable. For stays beyond two or three days, the volcanic hot springs at Chillan, six hours south of Santiago, combine first-class infrastructure and old-world service. Chillan is particularly good for families and as part of a longer trip to Patagonia or the Argentine ski resort Bariloche, a chocolate-lover’s paradise that looks like a mini-Switzerland just across the Andes.

For travellers who have at least a full week to spare, are taking children or who want a spa getaway, Chillan is idyllic. Forested pines and oaks encircle the base of this five-star resort, set on the flanks of an Andean volcano. With no direct air service, you reach Termas de Chillan by train or car from Santiago (the former is recommended – you have time to absorb the country while you bounce along the rails).

The mountain at Chillan feels huge: winding trails along the ridge of the volcano allow for half-hour, intermediate-level descents. The lower runs zip through trees, making it one of the few places in Chile where you can ski through the woods, and frequently the sun blasts through the branches, slowing the snow a bit but allowing skiers to don T-shirts.

At the centre of the Termas de Chillan resort is the Grand Hotel, which is more spa than ski lodge. Massages, facials and heated pools adorn the facilities and dissolve aches and pains. The giant indoor heated pool is impeccably clean and beautifully warm, and is connected to an equally large outdoor heated pool – a great spot to sip a pisco sour when the snow starts falling.

For non-skiers, Termas de Chillan has snowmobiles, horseback expeditions and a day trip to the local market. The picturesque drive down to the town of Chillan offers a glimpse into Chile’s past in this still-rustic cowboy hangout. On the highway into town, it’s impossible to ignore smartly dressed huasos with silver spurs trotting along the hard shoulder.

At the local market, friendly – and decidedly non-English speaking – locals offer an eclectic collection of antique saddles, handmade guitars and caged parrots. Chilean fruits and vegetables are lined up, gigantic cousins to European produce: celery the size of baseball bats, tomatoes like softballs. A kilo of fruit costs the equivalent of £1, while that guitar will set you back around £30.

Back at the mountain, the speciality cuisine is meat. Chilean steaks, grilled over coal briquettes, are as luxurious as anything prepared in Argentina, and here they’re backed up by a globe-trotting wine list, ranging from recent Chilean discoveries to classic French labels.

Portillo only has one hotel, and owner Henry Purcell has banned all TVs in the bedrooms so that guests are encouraged to socialise in the lodge. It works. Day and night, the resort is abuzz with children playing chess on the floor and a surprisingly decent house band plays blues and harmonica tunes nearby. A disco keeps the younger set dancing until 3am, and the outdoor heated pool is busy all afternoon, filled with tired skiers soaking their legs. With just 125 rooms, this place quickly becomes intimate. Nearly all the guests stay for a full week, and the camaraderie is contagious.

The skiing at Portillo is steep. Speed champion Steve McKinney set world records here, and the first time a woman broke 100mph was on the icy chutes at Portillo. Advanced skiers will find plenty to challenge, including areas where a short hike along a ridge offers perfect powder, a vertiginous chasm and a slow glide across a frozen lake. So consistent are the snow and weather here that US and Austrian national teams are frequently booked in. So, with a bit of luck, you can ride the chair with Olympic medal-winners or stop to marvel at their plunging speed.

Food at Portillo is hearty, albeit unsophisticated. Chilean soups, steaks and seafood dominate the menu. But what you lose in subtlety you gain in both quantity and ease of dining. In addition to breakfast, lunch and dinner, snacks are frequently available and the staff are quick to sort out special orders.

The sensation of holidaying with other families or in a community setting is near-impossible to design, but here it works. Loyalty to this exclusive and idiosyncratic spot makes early reservations highly recommended. A week here, including lift tickets, food and lodging ranges from US$450 per person for a bunk in the hotel’s spartan Inca Lodge wing to $2,400 in the main building with a view of the lake.

Getting to Valle Nevado is half the fun. A serpentine road from Santiago wriggles up the spine of Andean peak for an hour, then traverses a valley and finally up again. The hotel is perched on a rugged mountain crag at 3,000m: no other sign of human development is visible from this spot, which is close to the Argentinean border.

Unless you can afford the helicopter (there are an active fleet in operation here), Valle Nevado is not a place for extreme skiing. The mountain is a series of rolling bowls dissected by what seem like ancient riverbeds curving smoothly to the bottom. This is heaven for snowboarders, and separate snowboard trails are set up.

The Prado lift rises from 2,860m to the peak at Tres Puntos at 3,670m, while the glacier-topped El Plomo mountain reigns at 5,450m. When the sun is out, there’s quite a view. Rows of snow-capped peaks, wide-open bowls and quiet trails makes you feel isolated from civilisation.

The hotels at Valle Nevado are sleek and usually sold as inclusive packages. A week with ski tickets, food and lodging ranges widely from US$1,200 per person to US$2,400. Transportation from Santiago is easy: many arrive in the morning, skip Santiago, and drive straight up to the hotel. Skiing that same afternoon is feasible, and allows first-time visitors to fathom the different sections of the mountains. While skiers can purchase a ticket that combines Valle Nevado with nearby La Parva, there is so much at Valle Nevado that you might be tempted to stay in one place.

Style-wise, Valle Nevado is what can only be described as hip international. Brazilians, Chileans and Europeans make the place seem like an electronic music festival transported to an remote Andean valley. Huge speakers blare out thumping, bass-heavy music, while promotoras stalk the staircases selling everything from Red Bull to mobile phones. “I come here for the scene; it’s much more exciting and fun,” says Tim Delhaes, a German who has lived in Chile for years years. “At Valle Nevado you just feel like you are at a party.”